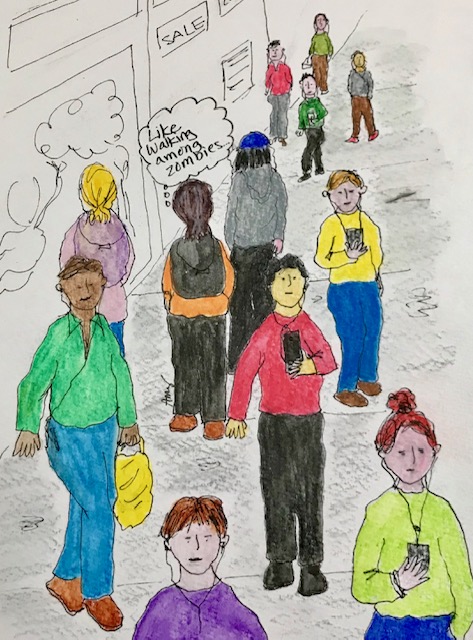 It’s pretty remarkable these days how many people are tuned in and zoned out and listening to, or looking at, their phones.  I was on the subway recently and counted 6 out of the 8 people on the seats opposite who were looking at, or listening to, their phones.  Of the remaining two, one was asleep. The other was reading the print edition of The New York Times.  Quaint.

It’s especially interesting on the city’s streets to see how many people are plugged into their phones, seemingly oblivious to the city around them.  I’m actually amazed when they seem to magically get out of the way just in the nick of time to avoid walking into someone or something.  It’s an instinct that smart phone users seem to share with the city’s pigeons.  Fortunately, nobody I know has ever stepped on a pigeon yet.