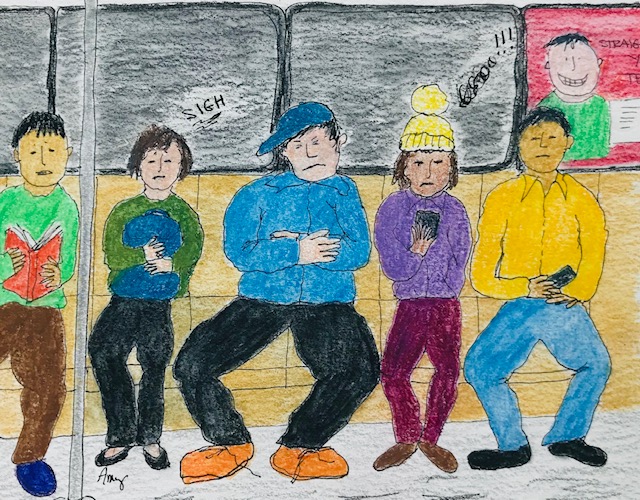 What’s there to say about the oaf who takes up 2 seats on the city’s subways and spreads wide his legs, forcing people seated on either side of him to squeeze themselves together to avoid any contact.  Not much.

As a matter of self-preservation, it’s never wise to pick a fight with any of these characters by, say, asking if he could please sit in the one seat to which his single-swipe-Metro card fare would entitle him.  I actually think there should be a variant of congestion pricing for the NYC subways, wherein people who do take up 2 seats pay twice the fare. Think about that, Andy Byford, to help put the MTA’s budget in the black.

I’ve also observed that the typical manspreader has an outward demeanor that looks as though he’d plunge a knife into you, for no particular reason.  So for that reason I’d recommend taking the low road and be prepared to see how thin you can make yourself if you’re determined to sit or, at worst, just stand.  I’ve often stood squarely in front of the 2-seat-occupying-clod, who’s often decades younger than me.  Any personal satisfaction comes from just giving the offender dirty looks.  I grant you it’s not a great solution, but it’s something to allow me to vent my spleen in an otherwise win-less situation on a New York City subway train.